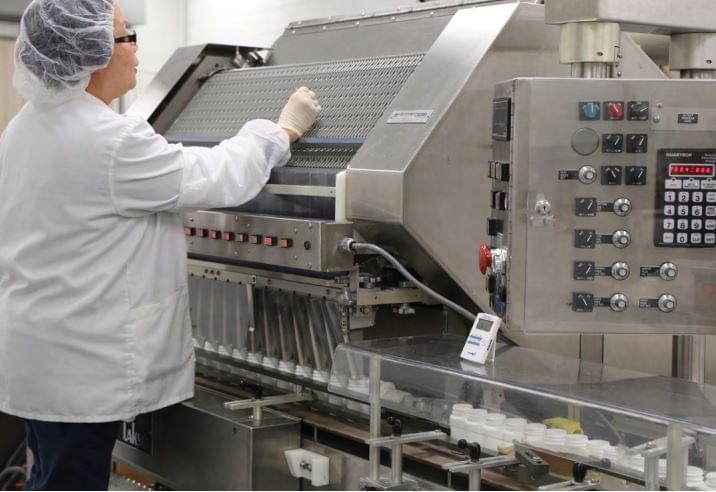 Manufacturing companies big and small have done business for decades within the Hudson Valley for a variety of reasons. In the case of Ultra Seal, their dedicated employees help keep the family owned business flourishing. They began operations in 1976, creating packaging solutions for various types of medications commonly found in healthcare facilities and in many homes.

The founder and president of Ultra Seal, Dennis Borrello began his career with the Heinz Corporation. There, he helped the company design and build a specialized packaging machine for their Sweet-n-Low product. Mr. Borrello knew his designs had potential for something bigger. Consequently, Mr. Borrello sought out a business partner to buy a small packaging plant in Highland, NY. By 1995, the company began expanding and Mr. Borrello bought off the rest of the company from his partner. In 1996, Ultra Seal purchased a 50,000 sq. foot facility which would become a sister company called Ultra Tab.

Ultra Tab became responsible for producing ointments, cream, tablets, and liquids that would be packaged by Ultra Seal. Even though the company began making products over 40 years ago, Mr. Borrello explained how some of the original equipment is still used today. “Most of these older machines are still used on a daily basis. Some have been improved and re-purposed to meet different needs.” As demand began to increase in recent years, Ultra Seal has moved much of the manufacturing processes in-house in order to achieve high quality products in an efficient manner.

The continued success of Ultra Seal and Ultra Tab have gained the interest of clients who now ask the company to package their own products in addition to Ultra Tab. This of course meant that Ultra Seal needed to follow strict government guidelines regarding pharmaceutical and environmental policies. As such, Ultra Seal was forced to conduct the same product testing and other safety precautions that big pharmaceutical  companies do. This wasn’t cheap as Mr. Sennett, Vice President of Sales and Marketing mentioned. “Unfortunately many of the regulations favor big pharma, for small guys like us a few hundred thousand dollars is big money, for big pharmaceuticals that’s just a drop in the bucket.”

Despite the costs, Ultra Seal has continued to be a pioneer in medication packaging even as the cost of business has gone up in the Hudson Valley. That’s because Ultra Seal is committed to helping the community it first got its roots in. Mr. Borrello explained how the company has supported local community programs and sports teams as the Ultra Seal factories employ multiple generations of families. To help offset the costs, Ultra Seal has begun expanding into homeopathic market by investing in products like nutritional supplements. While the long term future may hold uncertainty for any business, Mr. Borrello made it clear that “We’ve planted roots and we aren’t going anywhere.”

You can find the full article in our Spring 2016 HV Mfg Magazine, or read it online here.