Dr. Anthony Fauci joined Governor’s press briefing yesterday morning via video.  He was asked to chime in on the governor’s rule limiting gatherings to 10 people or fewer.

“I think that’s a very sound rule and I feel 10 may even be a bit too much. It’s not only the number, Governor, but it’s the people that may be coming in from out of town…. You want to make sure you don’t get people who just got off an airport or a plane or a train and came in from Florida or came in from wherever. That’s even more risky than the absolute number. Not only the number of 10 seems reasonable, but make sure that when people come in, that they’re not people who have no idea where they’ve been or who they’ve been exposed to. You want to be friendly, you want to be collegial, but you really got to be careful about that.”

Read the transcript or listen to the audio

NYS Transmission Rate Climbs to 1.22, Only California’s is Higher

As of December 5, 2020, California had the highest Rt value of any U.S. state. The Rt value indicates the average number of people that one person with COVID-19 is expected to infect. A number higher than one means each infected person is passing the virus to more than one other person. New York State is second at 1.22.

Governor Cuomo held a press briefing yesterday morning providing an overview of New York’s COVID-19 tracking data from Sunday, December 6th. He announced that DOH will implement its Surge and Flex protocol.  Hospitals are mandated to begin expanding their bed capacity by 25 percent and retired doctors and nurses are urged to return to service to prepare for a future COVID-19 surge and that if the statewide and regional hospitalization rates do not stabilize within 5 days, indoor dining would be banned in New York City and capacity would be reduced from 50% to 25% for the rest of the state.

Hospitalization tracking data for the Mid-Hudson region and the rest of the State are below.  (The State is no longer focused on positivity rates, instead it is closely monitoring hospitalizations and ICU capacity)

Here are some useful websites:

Congress will vote on Wednesday on a one-week extension of to buy more time for coronavirus relief negotiations, according to House Majority Leader Steny Hoyer.  The move would keep the federal government funded until December 18. Another short-term spending package or large-scale omnibus bill must be passed by then or result in a shutdown.

The Washington Post reported that negotiations on a government funding bill are being held up by strong disagreements on numerous policy issues, notably immigration. Lawmakers are aiming to attach a coronavirus relief package to the critical spending bill this month.  But the newspaper reported that legislative text for the $908 billion bipartisan framework may come Tuesday at the earliest. It’s expected to include $300 federal weekly unemployment benefits, a fresh round of small business aid, as well as assistance for state and local governments. But it will likely exclude a second wave of $1,200 stimulus checks.

China’s exports rose in November at their fastest pace in almost three years, official figures showed Monday, as a surge in demand in key markets ahead of the festive period also helped the country post a record trade surplus.  The reading is the latest spot of good news out of the world’s number two economy, which has been enjoying a bounce back from virus-induced lockdowns that sent it into a rare contraction earlier in the year.

Overseas shipments grew 21.1% on-year last month to $268 billion thanks to strong demand for medical goods and electronics.  The figure — the best since February 2018 — surpassed the 12 percent tipped in a Bloomberg poll of analysts and was much better than the 11.4 percent seen in October. The reading also marked the sixth straight month of growth.

Manufacturing continued to expand in the latest data, even while signs of slowing persist in many markets and with activity remaining below pre-pandemic levels.  The Institute for Supply Management® said that manufacturing activity in November pulled back from October, which had recorded the fastest pace since September 2018. The index noted decelerating—but still solid—expansions for new orders and production.

New orders for core capital goods—a proxy for capital spending in the U.S. economy—rose 0.8% to $70.1 billion in October, a new record. Encouragingly, core capital goods orders have risen a very robust 5.9% over the past 12 months. Manufacturing added 27,000 workers in November, rising for the seventh straight month. Employment in the sector remains well below its pre-COVID-19 pace, down by 599,000 in November relative to the level in February. The current outlook is for 12,250,000 employees in the manufacturing sector at year’s end.

The motor vehicle sector added 15,400 jobs last month, accounting for more than half the 27,000 jobs gained in US manufacturing, according to Labor Department data. November’s seasonally adjusted manufacturing employment in terms of jobs was up from a month earlier but down from a year ago.

Read the full story at SME

Rolls-Royce Plc is downsizing its turbofan engine components manufacturing business as the long-range impact of the COVID-19 pandemic becomes more apparent. Its new strategy further narrows the scope of commercial-aircraft engine parts Rolls will produce for its own use and expands the list capabilities it will put into the ITP Aero portfolio it is offering for sale at a reported price of £2 billion ($2.6 billion.)

The pandemic has gutted demand for new commercial aircraft and maintenance for existing fleets, with dire effects on the supply chain. Rolls-Royce, which has been downsizing its organization for several years, raised the scope of those efforts earlier this year.

As part of a shift in its operating structure, 3M announced December 3 it would eliminate 2,900 positions globally. In a release, the conglomerate said it would work to streamline its business by focusing on global trends.

3M’s CEO Mike Roman said in a statement that 3M began using a new operating model at the beginning of the year, but that the COVID-19 pandemic has disrupted end markets and forced companies to adapt to changing circumstances faster. In January, before the pandemic hit, the company said it would cut 1,500 jobs as part of an initial restructuring.

Earlier this year the bipartisan American Foundries Act was successful added as an amendment  to the Senate’s Fiscal Year 2021 National Defense Authorization Act (NDAA), U.S. Senator Charles E. Schumer today announced the final version of the FY2021 NDAA includes his provision to bolster U.S. leadership in the semiconductor and broader microelectronics industries. The senator explained that the new programs included in NDAA will increase federal support for semiconductor manufacturing by providing new federal incentives to conduct advanced research and development of semiconductor technology, secure the supply chain, and ensure national and economic security by reducing reliance on foreign semiconductor manufacturing.

“The economic and national security risks posed by relying too heavily on foreign semiconductor suppliers cannot be ignored, and Upstate New York, which has a robust semiconductor industry, is the perfect place to grow domestic semiconductor R&D and manufacturing by leaps and bounds,” said Senator Schumer. “

1st Doses Of COVID-19 Vaccine To Be Administered Starting Today In The U.K.

As U.S. health authorities continue examining the proposed COVID-19 vaccines, residents in the United Kingdom — the first Western country to issue approval for emergency use — are set to receive their first shots as early as this week.

But quickly vaccinating as many people as possible in the U.K. will pose enormous logistical challenges — from keeping the doses frozen to figuring out how to methodically and fairly distribute the vaccine across the nation of 68 million. The first batch of the vaccine created by Pfizer and the German company BioNTech arrived in the U.K. last week. Doses are scheduled to be delivered to hospitals beginning Monday. Nursing home residents, health care workers and people age 80 and over will be first in line. 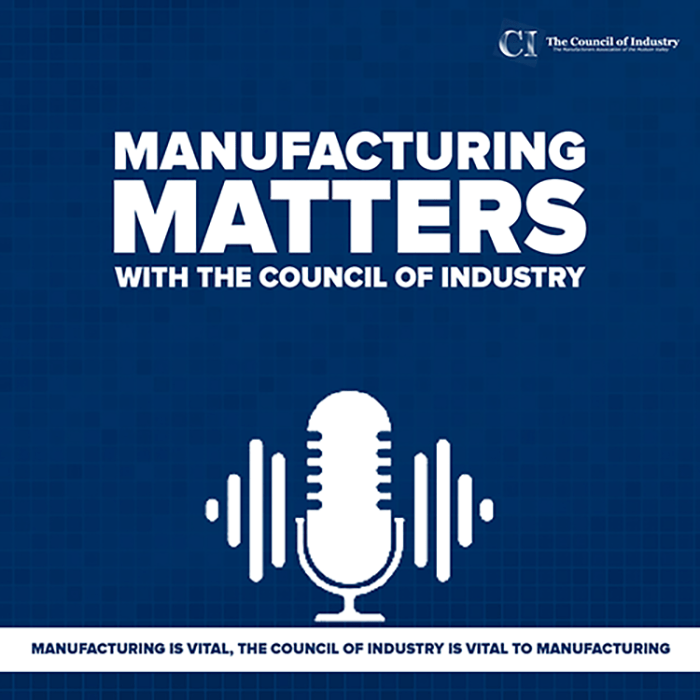 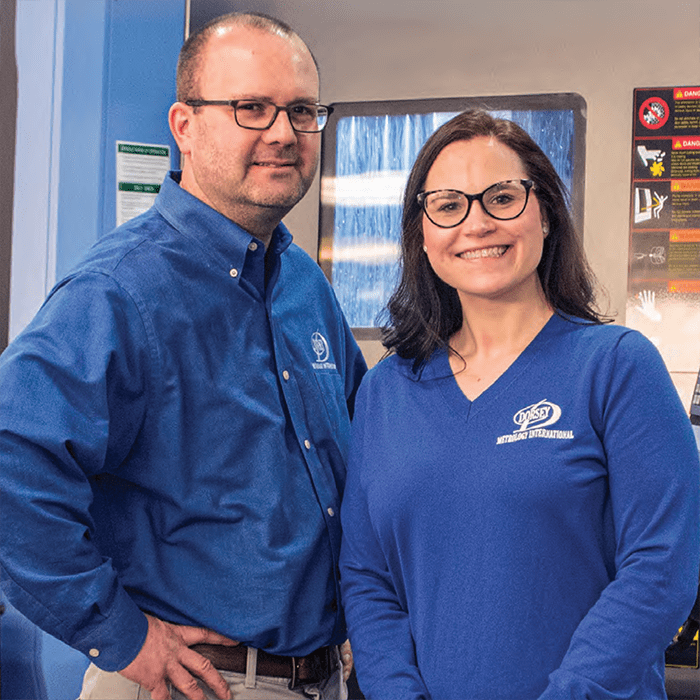 Check out the Spring edition of our magazine by, for and about Hudson Valley Manufacturing. This edition also includes a listing of our members and associate member firms.

Check out the Fall edition of our magazine by, for and about Hudson Valley Manufacturing. This edition also includes a listing of the many regional, state and federal resources available to member firms.

Read More
Supporting manufacturing in the Hudson Valley since 1910.
Reach Out
FacebookTwitterLinkedInYouTubeInstagram